Bain and Suffering : How Romney is Taxing Trust Levels of Everyone... 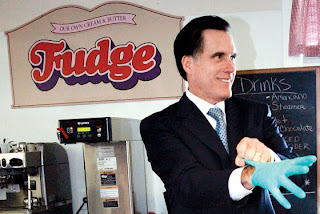 As this ongoing Bain saga has been unraveling I have had some interesting discussions with folks. At first people were saying " Well, is releasing his taxes a big deal ? " That question kept throbbing in my head. Yes, it is a big deal, because all of us work hard to pay our taxes and some of us even know what it feels like to be audited. But on another level, the fact that he WON'T release his taxes and does not feel compelled, really is unsettling.
Mitt is running for President of Our Country, why would he not want to be forthcoming, open and share of himself. Especially as a Proud Businessman, which is what he keeps repeating like a broken record. Wouldn't his Tax records show what an amazing businessman he really is ? Wouldn't his Records be a source of Pride ? And wouldn't he want to release them to also build Trust with those sorely sought Independents ?
And so the Bain Saga has continued over this past week to take a life of it's own. And instead of being out campaigning , hitting the Talk Shows. He made brief appearances on Friday News Shows, but really did not answer a single question. This weekend there were photos of him sitting by a pool with his son reading his iPad. This is when the Campaign heats up and he is sitting by a Pool ? And then his handlers released silly statements only inflaming the controversy, demanding an apology from President Obama and his team ? And the height of semantical arrogance, stating that Romney "Retroactively " resigned from Bain ? ( Which actually sounds like something even Palin would refudiate).
So while the Silliness squanders more and more of the news cycle, we are left to wonder would this rich pampered less than honest man be fit to lead this country, Our Country ? We have Real Problems still, a hobbled wounded recovering economy, Millions still seeking work , and millions more working in less than Living Wage jobs barely holding on. This rich pampered Candidate who can't even be compelled to provide proper paperwork to prove he is meant to lead this country does not realize the Battle here is not about Taxes, it is actually about Trust.
I am just a mom, a nurse, no Harvard Degrees here...so what do I know ? All I know is when I grown man hides by the pool with his iPad, Something Smells....
Posted by enigma4ever at 2:38 PM 2 comments: 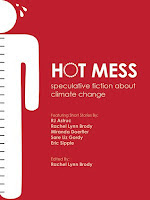 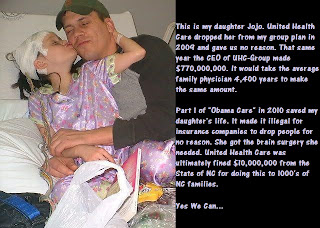 Today’s Show Returns to Blogtalkradio at 3PM and I will be adding the Links and the Audio clip to this post later in the day.

Today’s Show has three amazing guests. At the start of the show we will hear from Lee Camp about his ongoing Moments of Clarity, and his Tour and his new smash CD “Pepperspraying the Tears Away”. Do see more at his website www.LeeCamp.net.

Our second guest is Joey Kirkman who will be sharing his amazing Healthcare story, as well as telling us about his radio show down in North Carolina and his new non-profit. A tax practitioner by trade, part-time tour manager and full-time antagonists on the international show, Bully the Bullies, Joey spends most of his free time combating religious fundamentalism and enjoying time with his children. He is currently co-authoring a book with J.D. Shapiro, who wrote Robinhood – Men in Tights, about the harms caused by religious fundamentalism. Joey has managed comedy tours across the country with different entertainment companies and is the founder of Be the Miracle Network – a secular non-profit committed to activism. You can hear him confronting religious fundamentalism bi-weekly.

( There are three articles that explain this ongoing evolving situation that bears more watchful scrutiny and that I will be adding to this post). You can also read more at Barry’s Facebook page. I also recommend that you look for updates from Jason Leopold of Truthout as well as updates from Andy Worthington.

And finally we have Col.Barry Wingard who will be sharing the latest regarding his representation of prisoners at Guantanamo. There are developments to share as there have been Charges dropped against the Kuwaiti Fayiz, which is raising many questions and discussion as to what happens next for the Kuwaitis at GITMO.

( Please note I am trying to set up a New Blog/website for the 99 Report as there are ongoing problems with Blogger, so I will be adding the Links and photos and audio files during the day to both sites. Please bear with me while I make this transition. Blogger’s Layout has changed and links no longer work,. so this is an important change that I need to make to improve the show.)

(1) @Gottalaff and her New Parodies...I will post the Links later, but the Vagina one is very special

(3) @DailyDimmick an amazing Aussie NewYorker who has Daily Videos that are inspiring and insightful and meaningful...( hoping to have him on the show before he leaves New York, but do Follow him and see his videos at www.DailyDimmick.net )

(5) @LeaderDog for their work and Services for the Blind

(6) Do follow and support @Shannynmoore for her work fighting for Bristol Bay #NoPebble against Mining this beautiful place...

"By The Way....Your Friends are people with you in your deepest darkness, not those who marvel when your star rises" from @CharlesBlow ( posted to twitter...very profound....)