Cyberbullying....And Why We On The Left Should Be Talking About It... 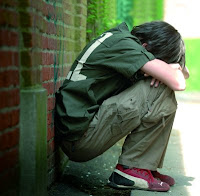 **************************************
Why Talk About Bullying ?
( Originally written and post December 7th)
I am bringing up this issue for two different reasons. I have been witnessing people on Twitter getting Bullied on a regular basis. I have witnessed the Insults and hurtful words that are thrown at different people. And I have witnessed it being perpetrated by people who say that they are on The Left . For many years many of us have dealt with Bullies that appear as Trolls from the Right Wing hurling insults at us on Blogs and Twitter, but never from our Own Side. I have even see good people leave Twitter due to this behavior, and people who were new to Twitter and were immediately bullied and confused and hurt they left.

I am also blogging about this because I have had to assist late at night with two suicide situations, one of which involved Twitter Bullying. I am not saying these incidents are connected, but I am trying to point out that Bullying is Dangerous and Damaging to many involved and we as a Community of Adults should be able to talk about it and Recognize it and Stop it, if it is Damaging To Our Twitter Community.
~~~~~~~~~~~~~~~~~~~~~~~~~~~~~~~~~ 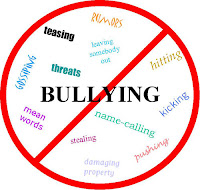 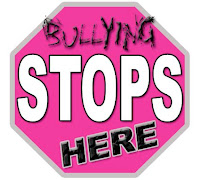 Cyber bullying has some rather unique characteristics that are different from traditional bullying:

Anonymity: As bad as the "bully" on the playground may be, he or she can be readily identified and potentially avoided. On the other hand, the child who cyber bullies is often anonymous. The victim is left wondering who the cyber "bully" is, which can cause a great deal of stress.

**** Instead of the "Playground" let's suppose the "Battleground" is Twitter, a giant open Chatroom, or Blogs with Comment threads, or Facebook with Comment Threads. On Twitter people have Codenames or handles, their True Idenities often hidden. This gives the Bullies more power in an uneven landscape.

Accessibility: Most children who use traditional ways of bullying terrorize their victim at school, on the bus, or walking to or from school. Although bullying can happen elsewhere in the community, there is usually a standard period of time during which these children have access to their victims. Children who cyber bully can wreak havoc any time of the day or night.

***** Please note that this site says "Children", but Adults acting like 12 year old children can also Bully other adults. Yet the Accessibility issue also is true for the Twitter landscape. On Facebook, there is a Safety division and people can be reported for behavior that is not appropriate, where as on Twitter there are no Safety Moderators to report harassing or rude behavior. So Bullies can act with abandon and no that they will not meet any fate or reprimand. No Consequences for the Bully and No Protection or course of Action for the Victim.

Punitive Fears: Victims of cyber bullying often do not report it because of: (1) fear of retribution from their tormentors, and (2) fear that their computer or phone privileges will be taken away. Often, adults' responses to cyber bullying are to remove the technology from a victim - which in their eyes can be seen as punishment.

*****On Twitter there is No Authority for the Victims to report the Bullying. Yet an interesting pattern that has occurred on Twitter that people that face off with the Bully are often later suffering Hacking or computer virus problems, which could just be an ugly coincidence that happens more often than not.

Bystanders: Most traditional bullying episodes occur in the presence of other people who assume the role of bystanders or witnesses. The phenomenon of being a bystander in the cyber world is different in that they may receive and forward emails, view web pages, forward images sent to cell phones, etc. The number of bystanders in the cyber world can reach into the millions.

*****Witnesses and Bystanders who witness Bullying on Twitter are often left trying to ascertain what to do, how to help and how to stop the Bullying.

Disinhibition: The anonymity afforded by the Internet can lead children to engage in behaviors that they might not do face-to-face. Ironically, it is their very anonymity that allows some individuals to bully at all.

******The Cyber Bully is empowered because he/she does not have to show his/her face or reveal his name, it is like being slugged in the Dark Alley by someone wearing a Mask in the dead of Night.
~~~~~~~~~~~~~~~~~~~~~~~~~~~~~~~~~~~
I have been trying to Tweet Solidarity to the Person(s) being attacked. I have been trying to change the dialogue, to provide support to the person suffering. I have at times also been at the Brunt of this small little gang on Twitter, so I do understand how horrible it can be and how it can hurt some many involved. I don't have any solutions or answers, but I have concerns, and I can no longer be silent watching good people getting Hurt. Something has to stop this behavior on Twitter.
~~~~~~~~~~~~~~~~~~~~~~~~~~~~~~~~~~~
From Twitter This Tweet Was Posted tonight... From John Dean::: " I'm writing on CYBERBULLYING: If you have experience(s) to share, on or off-the-record, send me a note: jwd.re.cyberbullying@gmail.com"
Posted by enigma4ever at 8:40 PM

This is another way of silencing voices and disenfranchising opposing social and political views.

Thanks Jack...very true what you said...

I have seen quite a lot of bullying done by folks who are not anonymous on line at all. Some of it is very odd. At any rate, it is all pretty ridiculous.Some arguing is also taken as bullying-people who play on the internet should have thicker skins when their positions are challenged. So many accusations-so much of it based on rumors- it's all silly. Lighten up folks.

Most of what I have seen is not lighthearted or "ridiculous", and it is not about "thick or thin skins", Sorry Liberal crone- maybe you are not on twitter, if you are know that there is much cyberbulying going on on the Left side, and it is about personal unwarranted attacks on some fairly known figures on the Left. I am saying that it needs to stop because it is damaging to all involved, and is also damaging for some folks to pretend it is No Big Deal or that it is acceptable..it's not...Period.

Oh and Liberal Crone when I say "Anonymous" I mean certain individuals on Twitter can attack at will because their name is not known,, sadly it does empower them to be Nameless and Faceless and also Twitter has no way to report such abuse either...

I have witnessed this and been at a loss how to address it. I was "caught" sympathizing with a victim not long ago. My solution was to block the author of each incoming abusive tweet, which I announced. The abuse ceased. But I couldn't convince the victim to block them.

One chilling thing this group does is try to bully people out of reading certain blogs. I have long been convinced they are paid for their efforts.

I've been on twitter for years. I have seen a popular #p2 tweeter been the victim of some pretty baseless accusations by the same folks who claimed to be said tweeter's victims but offer no evidence at all about the alleged crimes.I've seen folks called "perverts" ( now there's a quaint term), pedophiles, stalkers etc. etc.etc.without the accusers producing one iota of evidence.
They all say stuff like "the truth will come out any day now' ( it never does) and "you'll see"and occasionally folks are driven right off twitter.
Some folks are anonymous and some use names-most are fairly sad people. It's been very interesting observing it all. Internet communities are fascinating and often bring out the worst in everyone. Folks think its a safe space to be the jerk you can't be in real life ( because someone might hit you..;-)).I Have been a part of a number of these communities since late 1980s and see the same patterns in all of them. They get to be such familiar characters- the Victim, The King or Queen Bee, the arrogant jerk, the abusive obscene troll (who is often the saddest of all of the others). The shit disturber, the ones need to tell you how great they are, The Mean Girl, the King of the prom..... Same old cast. Same old dynamics. Someone should write a scholarly essay about all of this.
Meanwhile some good information is dispersed and a bit of activism actually happens but always largely obscured by the arguing and acting out that is so prevalent in on-line groups. It's so silly. And it's endless.

Enigma4ever said...
This comment has been removed by the author.
12:36 AM

Chickorie...
I do wonder are they paid...what motivates them..it is a good question..The People who are targeted, some do Block and some don't...fear or worry does not always mean that people make the best decisions...I blocked most of the Bullies and Enablers long ago...( and yes there are Enablers , ones who rationalize and sympathsize, and try to "explain" behaviors and blame the "victims") But the bigger thing is that we on the Left need to come together...and that means that we have to be able to stand strong and draw a line in the sand when our own are getting hurt....and your question about the Pay is what a lot of folks are wondering..it is a good question ( especially as many Right Wing Trolls get so well paid.) Thanks for your insights...

Liberal Crone...
if you are on Twitter you too know how it makes no sense, and it goes on and on...what happens next and how we all handle it, and whether the enablers continue to "explain" it or rationalize it is really something to watch..I just know that with an election year upon us, I am not sure who it helps...and what I have seen on Twitter only really reminds me of the Paid Trolls and Bullies that the RW unleashes in Election Years....

I am just tired of seeing good people get attacked and hurt, for no real reaason...what is driving it ? ego money ? I have no idea...I just know we on the left need to come together...solidarity is important...and confronting immature childish damaging behavior is Something Progressives and Liberals should be able to handle ( especially after battling the Right Wing Thuggery all these years)