The Day after Christmas....Books and More on Boxing Day 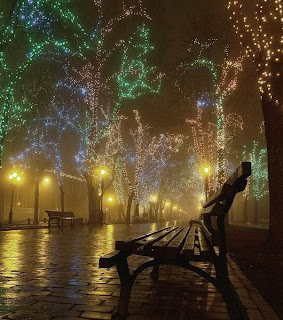 So it is the day after Christmas....and there are some predictable traditions to look forward to.....Sleeping Late, watching Some Old Movies and maybe some Football ? I should go to Hippie Church...but I know I won't...not because I am lazy..but because I am having Reading Urges...So Reading and laying around....and drinking those Classic little Christmas Cokes and nibbling Cold Chinese. ( Our house we make Italian Christmas Eve with spaghetti or pasta and garlic bread) and then Chinese or Thai the next day....And maybe a long walk later to look at Lights....(Except walks for me now consist of always looking for benches or a place to sit).Its odd that in the UK and Canada they call this day Boxing Day, but so be it... 6-6 and I are battling over The Question "IS the Kindle bad for the Book Publishing Industry?", hopefully we won't end up Boxing on it.....To be honest I think that if there was an actual Kindle in the house, we would not even be discussing it....but time will tell. 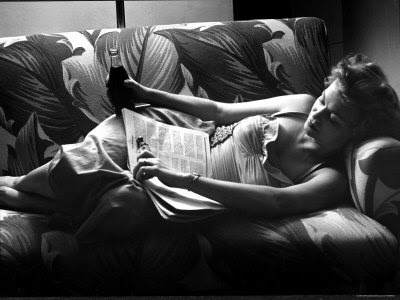 A book is the only place in which you can examine a fragile thought without breaking it, or explore an explosive idea without fear it will go off in your face. It is one of the few havens remaining where a man's mind can get both provocation and privacy. ~Edward P. Morgan
~~~~~~~~~~~~~~~~~~~~~~~~~~ 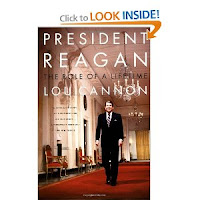 Books and Things....
It is the Day after Christmas, time to snuggle down with books my Christmas Coke and read and watch the Snow fall....I hear the President is reading while in Hawaii....What the President is reading for Christmas according to Raw Story, he is reading about Reagan.Gibbs said that Obama is reading a Biography by Lou Cannon. So I looked up the biographies by Lou Cannon, and actually interesting enough he also wrote a rather scathing critical book about George W.Bush's failed presidency. Also since Gibbs didn't tell us WHICH biography, we don't know which one Obama is reading. Cannon wrote on different aspects and struggles, and with great clarity, according to some reviews, and in no way glamorizing Reagan. On another note 6-6 pointed out that it is great Political Theater to have a President who READS.

BUT on a better note I did see in the NYT that Obama is planning to bring back End of Life planning as a part of Medicare.... so good to know that the Repugs can start finding new ways to whine about Death Panels again. ( Even though we all know that the REAL Death Panels are Insurance Companies.) 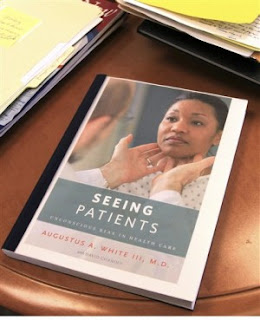 And More on the Health front, a really interesting Doctor,Dr.Augustus White, with a Civil Rights perspective has written a new book about the Disparities in Our Health Care System, this Seattle Times article has more about him and his book. He became a doctor during interesting times in our history, and treated patients while Color Battles raged and also was a Doctor during the Vietnam Era. This article in the Arizona Star explores his career and his book, his Biography more. ( The Book is put out by Harvard University Press, so it is not on Amazon yet.) His Book is about the Disparities in our Health System and who is effected and really cared for.

Now 74 and one of the nation's leading orthopedic surgeons, White is releasing a memoir on his life. The book, "Seeing Patients: Unconscious Bias in Health Care" (Harvard University Press, $27.95), is also a call for more diversity in the medical field.It is a soon to be released Memoir of his career that traces care of patients for decades and starts with his experiences as a Black Doctor in Vietnam ( which is what he almost called the book). Here is a book that I hope that Some Wise Soul sends the President when it comes out....
~~~~~~~~~~~~~~~~~~~~~~~~ 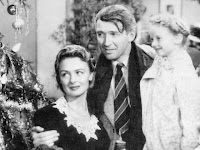 So I know this week at some point we all saw even a snippet of "Its a Wonderful Life". Shannyn Moore mentioned that It's a Wonderful Life, such an amazing heartwarming Post WWII movie was under investigation for Communist Ideology, so last night I looked it up and sure enough it really was.... Here is the amazing post from "Wise Bread" why the FBI considered it Communist Propaganda and even includes the FBI memos on it....
~~~~~~~~~~~~~~~~~~~~~~~
And for some humor....There is this great blog that is getting notice, called "Kim Jong Ill looking at Things"...go on take a look....I promise you will end up laughing....
~~~~~~~~~~~~~~~~~~~~~~~ 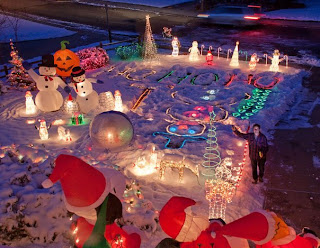 Thanks for the info.

I try not to follow his intellectual fantasies too much anymore because if I'd known how infatuated he was with Raygun and the NeoCons before the election, I would not have been promoting his candidacy.

Suzan...
I don't know what to think of him reading on Reagan..especially after this past year-I would rather see him reading on FDR or Teddy Roosevelt....about how to fight for the downtrodden or the economically oppressed....

The John Legend song is exactly why we liberals get a bad name. I taught school thirty years and did it right. Most of my colleagues did their best in very difficult circumstance. The verse about school teachers offends the hell out of me. May I suggest this? "Wake up all you students and drop your attitude/It's getting you nowhere and you're the one who's getting screwed/ Take your raft of shit and sail into the sun/I can't teach you anything while you''re twirling that gun/ ooohhhh baaaabyyy

Otherwise, I love your blog. Drop by sometime and read around for awhile. Cletis thebookofcletis.blogspot.com/