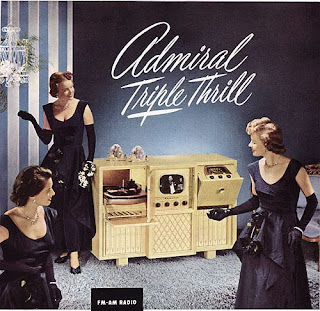 ~~~~~~~~~~~~~~~~~~~~~~~~~~~~~
Vintage Radio Ads posted to Honor the History of Radio....
"During the past few decades, modern technology, with radio, TV, air travel, and satellites, has woven a network of communication which puts each part of the world in to almost instant contact with all the other parts."~~David Bohm American-born British quantum physicist who contributed to Manhattan Project.Friend of Albert Einstein and later investigate by House Un-American Activities Committee for his "radical" politics. (He was a member of the Mobilization for Peace Organization)~~

John Clark "LIVE" "Hope in Hard Times" ( Michelle Shocked has been playing this song world wide)
~~~~~~~~~~~~~~~~~~~~~~~~~~~~~
John Clark is our second guest. He and his wife Mary Ann are down in Tampa Florda working hard to support the Occupy Movement. We will talk to them about Occupy, but also talk to John about his music and how his music has contributed to Social Justice Issues and Causes. He has written another song called "What We Came Here For" that is dedicated to the Occupiers. You can listen to more of his LIVE tracks saved on MYSPACE And it's free and in MP3 format.

Happy Thanksgiving to you and yours.

Dearest Anon...
Happy Thanksgiving...I hope that you have a lovely day..that there are cats still at your feet ...and that it is warm and sunny there...much love and light to you....take care..

( 6-6 and I are having a quiet day....later on making sandwiches to take to occupy downtown...)

Let’s hope this is not another NASA “Oops”.

As much as this is fascinating, having the government fund extended unemployment & Social Security/Medicare programs is more important & in my mind, should be a priority.
Why are we throwing away billions of dollars when our country is in such dire straights?

People are living in tent cities & dying for lack of health care.