When Crimes are Committed Against Children And There are Lies and A Cover Up, it is NOT a "Sex Scandel".Period. 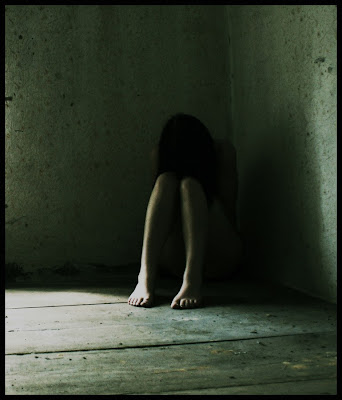 ~~~~~~~~~~~~~~~~~~~~~~~~~~~~~~~~
(*Originally posted Nov.10th*)
36 Hours ago the MSM began reporting that there was a "Sex Scandal Breaking Involving Penn State Football Program". This Headline that was on Tickers could not have been more Wrong Headed and Misleading. What was "Breaking" was a Horrendous Crime Cover Up was being revealed, that involved Children and Predatory Crimes against them including Rape and Sodomy. When I first saw the Headline I didn't even think of going to look it up, I thought it was some Slimy sex mess, I had no idea it was about Children that had suffered at the hands of a Pedophile or that it had been covered up by a Large University and it's powerful Leaders and Coaches. Someone emailed me the PDF link and I sat and read in horror of what the Victims, mere Children suffered.

This is the Actual Link to the PDF of the Grand Jury Report, that was made public actually over 10 Months ago, and is now just being Publicly Shared. It details not only the Crimes by Sandusky but also the Cover up by the Administration and Coaches and "Leaders" at Penn State in clear concise details. Victim #2 's Rape is the case that is most horrid to read, and why Police were NEVER notified in the past nine years is mind boggling. Pennsylvania is a State where Authorities and Police must receive reports of ALL Statutory Rape and Rapes of Children (covered in their Statutory Rape Laws link is below). McQuery an grad Assistant at the time who witnessed the Attack and Rape did report it to his Bosses at the time, but he did not stop the attack or help the child.He and all involved did NOT contact the Police or get the Child Medical Care. The ONLY consequence of this horrendous Crime was that the Locks of the Locke room were changed and Sandusky's keys were taken away.

The One 2002 case that is most haunting is of a 10 year old child's rape by Sandusky that was Witnessed by McQuery in the Penn State Locker Room, Sandusky who was no longer employed by the School, but still had access to the Facilities for his Charity Work. He had originally set up his Charity in 1977, as a way to supposedly reach out and nurture Troubled Children who had unstable Homes. It reads like a a Predatory Horror Film. He even has written a book about his work called " Touched" that is troubling and disturbing, and hopefully the Authorities will read it closely for Clues and possible other Victims. The Grand Jury report outlines Crimes against 8 Children, but that is only of the last 10 years, and even now another Victim has come forward this week. (Criminally Sandusky is already facing 40 Counts. Yet at some point there are many that Enabled him and his Crimes and and even lied for him, one has to wonder when they too will face Justice). In 1999 He was let go from the School so he could supposedly work more on Second Mile , his Children's Charity, yet one has to wonder did the Administration let him go due to Problems or reports ? If so then the 2002 Witnessed Rape should not have happened ? But A College where Children and Young are Nurtured and Taught and a Rape is Reported and the ONLY thing that happens is that the Locks are Changed and Keys take away ? And McQuery the Witness went on to an illustrious career at PSU , how could he go to work everyday and walk by that Lockeroom ever seeing a CHILD raped and knowing he did NOTHING ?

In America today we are witnessing What Broken Trust Looks Like ? What happens when Power and Money and Greed and Ego Collide , are Crimes Committed ? Talk to Each other about This, it is not a small issue and this unfolding Horror Story is not about Old Coaches and Broken Dreams , it is about Crimes and When Greedy Men Cover Up Crimes. America is at a Cross Roads....Let us hope many find their Moral Compass...for the Sake of the Our Children.

Whew! What a horror story! Thank you for gathering and posting the info - like others, I'm stunned that this occurred and university officials remained quiet. Did they think football was more important than education? and didn't want to tarnish a sport's reputation? I honestly can't put myself in those slimy minds and understand why they allowed this pedophile to continue when they learned what was going on? It sickens me.

Sorry I haven't been by in a while *hangs head* but have been bogged down with my first e-pub, Remy Broussard's Christmas. The behind the scenes stuff is like the Wild West with no sheriff. Regulation is needed. Fat chance of that, eh?

Keep up the great work!

excellent post. as the gruesome details emerge, i am even more shocked that this pedophile was not arrested more than a decade ago. lots of people turned a blind eye and allowed this man to injure countless children. I have a feeling that the number of victims if far larger than we now know. Heads should roll all over the university -- shame on them, one and all. And shame on those students who rioted in protest over the firings.

good point-- not a scandal but crimes (plural) & cover ups (plural).
Sick that students are all in an upheaval over the coach's firing. Because college is all about the football & even crimes don't get in the way????

Thanks all...great comments and insights...I hope more people are as thoughtful as you....

The horror of this crime continues to spread its evil across the culture. In those of us with childhood memories of this very thing the anger and rage never subside, however ever modified. I am just sick with this news and the crime of its coverup.