HILLARY IS MATHMATICALLY CHALLENGED ,IT HAS LEFT HER WITH SOME MAGICAL THINKING AND WITH A BROKEN PIGGY BANK.... 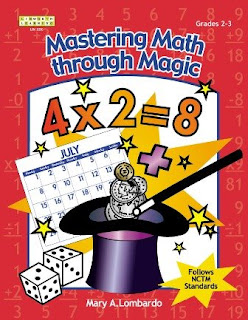 NUMBERS.......IT'S ALL ABOUT MATH....HILLARY 'S MIGHT BE FUZZIER THAN GEORGE'S.
At this Point , she can Not Win Honestly, or even with Magical Spells or Math Wizarding Wonders......
So here we are two days after the Explosive Primaries of the Tuesday Night. The numbers and the momentum of these past few weeks, are impressive, and they show that Obama has been able to bring all kinds or diverse peoples together, and the numbers reflect this strength. Her Refusal to look at these numbers or acknowledge what they mean is insulting. She goes from state to state disenfranchising one group after another, and she is alienating people and voters and states.She basically is trying to dirty Obama, even if it just by insinuation. This is NOT good strategy before facing McCain in the Fall, and the numbers do not support her forging ahead. And after the campaign she has run, damaging people state by state, there is much healing to do. Whether anyone can SHOW her the Math is another story. Obama has brought more New Voters to the party, more money, more voters, and more state, and more Red States.Obama has had Momentum even while facing diversity.

WHERE IS SHE GETTING HER MONEY ????
We learned AGAIN that she loaned her campaign Money, a big amount again, it actually sounds like she lent herself money over and over in April, 6.5 Million total. It also says that people were not giving last month, even after she won Pennsylvania, even thought she said that she had Huge Donations the day after the Primary. ( It shows she was being dishonest again). I would like to know WHERE she is getting her Money ? ls Bill Giving her money from his Library or Foundation Funds ? I used to get Newsletters and reports and updates from the Clinton Foundation, because I supported this Foundations' AIDS work, I worry, was I really giving to a Fund that would be used later to support Hillary's Campaign Run? It's very odd, but as soon as I started supporting Obama, I was pretty much dropped from ALL Clinton Foundation Mailings. I think the DEM leadership needs to Closely Examine the Books and the Monies and WHERE they are from.( I would hate to find out later that the Clinton Foundation that does such good work globally is also funding her campaign.)

Another issue that is attached to the Monies, if she wants to be President, could we trust her to manage OUR money ? And Make good decisions about budgets and HOW money is spent ? Could we trust her to tell us the Truth about the Money Situation ? I don't have any good answers to these questions.

SOME OTHER MUST READS TODAY:
BLUEBERRY'S POST, AND ALSO MAUIGIRL....and Ramblings...and also DK at Redheaded Wisdom...all really wonderful posts.
THEN IMMORAL MINORITY'S STORY ABOUT HILLARYS' LETTER TONIGHT TO OBAMA- IT IS UNREAL.
AND CHRISTOPHER'S POST ABOUT HILLARY AND HER WHITE AMERICAN STATEMENTS- ALSO BE SURE TO SEE ON COUNTDOWN.


*{ Click the title : Katie Melua sings a great jazzy version of " I put a spell on you"}* 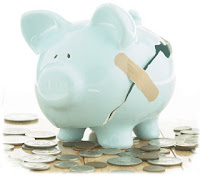 So today less than 48 hours after the Primary....and Hillary ON TAPE and in interviews printed in USA Today....She talked about HOW Important the WHITE vote and Working White Vote is and that she has THOSE numbers....it was by far the most bigotted racist thing I have ever heard ( other than David Duke...Jesse Helms...) I am stunned that it is ON TAPE....it is the most offensive thing I have heard yet- and litterally she spouted it within hours of Obama's Victory...People have moved on ...left her in the dust with her White Woman Delusions...

Bad news: Ugh! I saw a snippet of Hill on the news. She was at some ladies fundraiser. A Code Pink lady dressed in Pink began yelling about the war & had (simulated blood stains on her hands) began to yell out while Hill was delivering her speech @ the podium (yammer?).....
Hillery bellowed-- That's OK people can express themselves so intensly... I hope she paid to come (to the dinner).

Can you believe that remark?

Some Code Pinkers have family in active service in Iraq.

Now I'm off to my local Code Pink meeting....

In a way, Hillary inspires me too = O

Hey! Here's a suggestion- if she likes magic tricks- maybe she can ***disappear***

Fran:
I saw the spot on the news- and the Banner that was held in the back was about her Obliterate Iran comment...
and she continues to act like an entitled bitch...and so insensitive....

I am inspired that Code Pink does not support her...good..they will continue to dog her campaign stops...good...and the Mini- rally she held yesterday she got booed...

About Obama - good for you all- I hope you get to go.....this is exciting that everyone that gets to vote and feel like it matters...but I wish Hillary would quit being so bitter and devisive...and causing more problems....then we could really savor this moment...sigh...

I thought the title summed up the whole thing so perfectly, you almost didn't need to write a post!

Yah know...maybe if you just sent her the title of this post in REALLY BIG LETTERS to Hill, she might actually get it.

thanks...I don't think she gets it.....at this point I don't know WHO and HOW they will get the messege into her head...she is hellbent....no doubt about it...I mean people have pulled the money- so she is giving to herself....and staff are pulling back, and superdels are hiding...it is really making all of us cringe at this point....

( as a woman I hate seeing a woman act like this..)

She is probably getting money from Republican heavyweights.

Larry:
oh yeah...I forgot that...and that might be why they don't want to show Bill' Speaking Schedules ( bet those are interesting too).

I can't believe she came out with that remark about white hard-working Americans are the ones who support her. And she says it so matter-of-factly without even realizing how divisive and racist it sounds.

Maui:
I know it...she did not even realize How Bad that sounded...so unreal...and it has rendered many speechless...the media did play the audio over and over today...

How can anyone hear that and not realize WHAT it meant- no matter how you hear it.....so ONLY White people work hard? .....it was the Worst thing she could have ever said....

Today the Anchorage Daily News talked to our uncommitted Superdelegates.

It was clear that at least one of those two was "enjoying the attention" and talked about how he had just had a teleconference with Hillary yesterday.

People need to get the names, numbers and email addresses for their Supers and swamp them with the message, IT'S TIME!!!!! There is NO excuse for hanging back now and there's also no excuse for going for Hill.

Hillary has been in Oregon the last few days.
She was at the Doernbecker Children's hospital in Portland- talking about her health plan is better than Obama's. All the interviews I've caught are questions to her saying- Do you think you should quit? How about the $10 million dollar campaign debt? Would you be on Obama's staff when/if he wins.

The questions are all based on the FACT that her numbers are down in every column.... but yet she still goes on. It's one thing to be a fighter, and another thing to be dilusional- clearly Hill has crossed the line.
She is not going to be graceful about this.

In the Obama speech here yesterday, he almost was imploring us here in Oregon to please end this primary. Give him the support to cross the finish line & stop having to do the primary dance (my words).

I'm doing my best to get Obama enough votes to win & send Hillary a pink slip.

Thanks for your comments, Enigma. And thanks for voting in my Instant Recount Voting (IRV) ballot on the next Vice-President of the United States! Your readers are welcome to participate!

I will send them over Vigilante....I think we can start thinking ahead ...don't you ? Great blog :-)