Dear Mr.President,The Plight of Millions is Not "Sanctimonious", it's Devastating.... 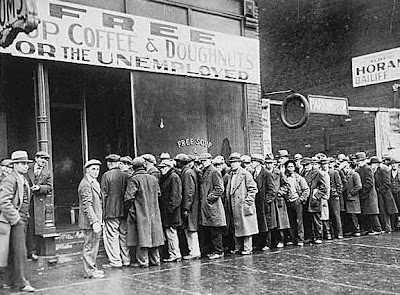 "Pray for the Dead, but Fight Like Hell For the Living." Mother Jones
So The Tax Deal was supposedly Worked Out and is a quote on quote "Compromise". And President Obama came out to the podium and gave a Presser on it. He seemed tired and out of sorts, but he also seemed Forgetful. He seemed to forget WHO put him in office and Who worked on his campaign and helped bring him to the podium. And he seems to have forgotten that Millions of those same hardworking people have been losing Homes, Jobs and Money over the past two years in a way that is frightening and heart rending. That people have tried to be strong, taking whatever Job they can and working tirelessly to keep food on the table and heat on and roof over head. No One needs to be called "Sanctimonious because they are tired of watching DC Democrats and the White House Ignore Our Plight. We don't want Compromises, we want SOMEONE ...Our Leader we worked to get Elected to FIGHT for us. There are millions of Americans already out of work, 59 Million who have NO Healthcare,and atleast 8 million have Lost homes,and 4 Million more are about to lose their UnEmployment Benefits. We Need WPA Programs and Plans, not Lectures on accepting Greed and Cruelty inflicted by Heartless Soulless Republicans.
Please do watch his presser. This is not the Barrack Obama I saw speak in person in 2008. And also listen to Our Progressive Dems speak out about this "Compromise". Bernie Sanders, Patrick Leahy and Sherrod Brown and Anthony Weiner all had thoughtful concerned comments.

PS: Mr.President I also am feeling "Sanctimonious" about a Few Other Things: Gitmo, Holder and the Lack of Torture and Illegal War Investigations , Holder and Wiki Prosecution, Bush's Homeland Security Agenda STILL in place with absurd TSA Rules and No Fly Lists, Terror WatchLists of Normal Citizens, The HCR "Compromises" that leave Millions With Nothing until 2014 or worse....And the List is growing by the day. You Better Take a LONG look in the Mirror.
~~~~~~~~~~~~~~~~~~~~~
Natalie Merchant "Which SIde Are You On" ( The beginning is sung by Florence Reece a Miner's wife who wrote the song about Injustice to Workers......)

Email ThisBlogThis!Share to TwitterShare to FacebookShare to Pinterest
Labels: Cave In Compromises, Sanctimonious

The President looks and acts like a shadow of the man we saw a few years ago. He gets fainter and fainter. In two years there may be nothing to see at all...just a wisp of fog, and nothing to reflect in the mirror. What a change from Bush's unitary executive method. Very sad for us.

"I believe that no man who holds a leader's position should ever accept favors from either side. He is then committed to show favors. A leader must stand alone."
Mother Jones

Look, I can't join in the fail to the chief chorus, tell me if anyone can how he can get anything done w/ the blue dogs controllling the so called Democratic majority?
short answer he can't
we can chatter about his methods, his wins and losses, but he and we are totally screwed by the blue dogs and their republican allies, he got the unemployment fixed for a year, well in politics a lot can happen in a year...this is Mitch McConnel and the rest of the republican bastards' fault

Tom...
I am not against the President at all, I worked my ass to get him there ...for almost 2 years....BUT I am dissappointed/frustrated at how things have been evolving...I agree the Repugs want him to fail, I don't want him to fail at all-I just want him to fight for us---ALL of us...I have too many friends out of work and losing their homes..that's all...but yes, we are all totally getting screwed by the Repugs...ALL of us...And I worry that Obama does not get THAT...I mean listen to the Presser-Calling Any of Us Fighting hard Liberals Sanctimonious is not ok...

oh and yes Tom, I forgot you are so so right that the Blue Dogs have not helped any of this process either...

I'm afraid lots of Democrats are so worried about getting re-elected that they can't even define what color democrat they are.

What a sad old party.

I deeply and profoundly regret my vote for President Pootie Tang.

With any luck, he will be impeached by the incoming GOP House. There's enough anger among House Dems that a vote to impeach could carry.

We have to get this clown out of the White House before he does irreparable damage to this nation.