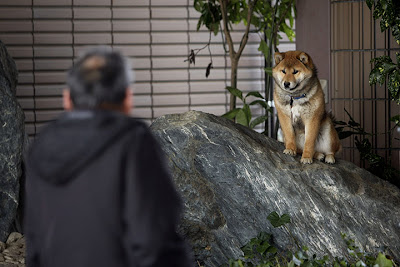 A man talks to a dog at a Shelter, many of the displaced have been allowed to move with their pets to Shelters. Estimates are that 250,000-450,000 are still displaced and living in shelters as of Week 3. Many have moved in with relatives on other parts of the Islands, and the government has started building shelters and housing. Unfortunately the Fukushima Evac Zones are expanding and are now up to 18 Miles from plant is being voluntarily evacuated, with most focus on families with young children or pregnant women.
~~~~~~~~~~~~~~~~~~~~~~~~~~~~~~
Photos from Japan Week 3 ( more posted on Twitter @watergatesummer and on Facebook-whole albums ( This Newsweek: " Inside the Exclusion Zone" album is haunting. Watch for more areas within 50 KM from Fukushima to be evacuated
~~~~~~~~~~~~~~~~~~~~~~~~~~~~~ 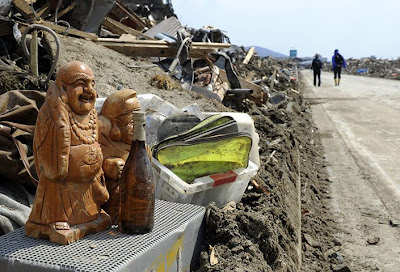 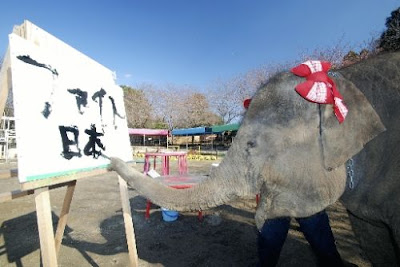 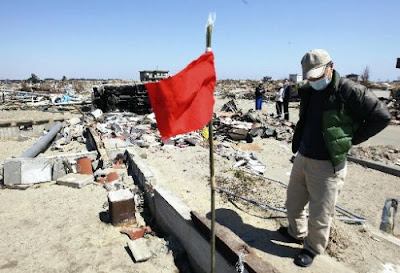 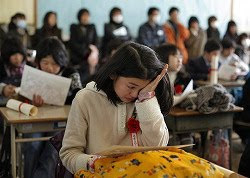 Children have returned to school this week, some of the schools are still serving as shelters to thousands of displaced due to the Tsunami and the Quake. In Schools along the NE Coast, especially the fishing villages, many students and families were lost, so the some school populations have been cut 50-80%. Sadly the quake and tsunami happened as many parents were going to pick up children from school.
************************************************** 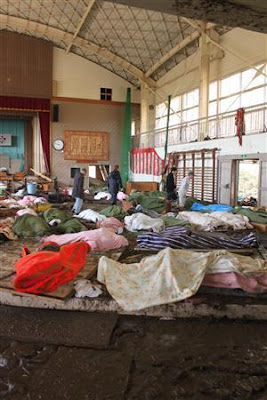 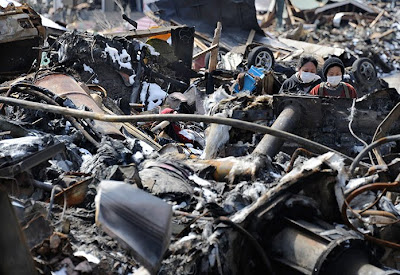 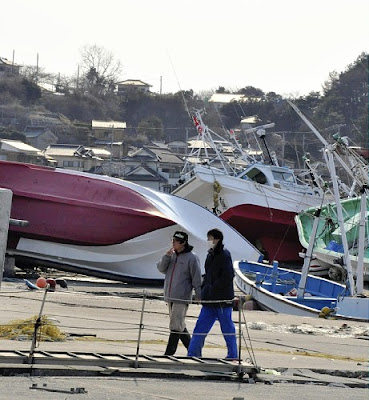 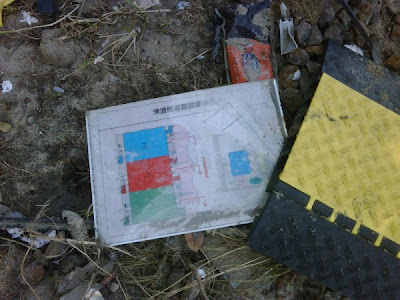 Thanks for the photos - devastating. And the repercussions from all of this stretch so far. It's a brand-new scenario for handling the mess made out of the reactors...that alone will be a factor for decades. I read that they're already finding trace amounts of radiation in milk in CA. Seems like something this dramatic can't help but affect the rest of the world.

Thanks for being a go-to place for news, Enigma. Much appreciate your powerful posts.