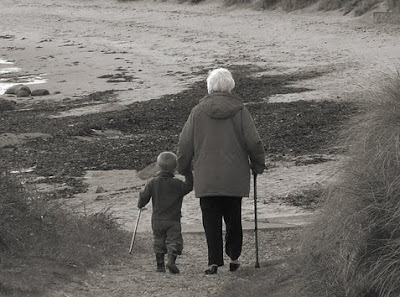 In the Fall we watched the Republicans heave themselves into power, bloated with Koch power and money.They arrived in DC like perky young empty headed peacocks strutting about in new overpriced suits and squeaky shoes. They campaigned last summer peddling Jobs and Values and Budget Reform. Basically acting like Carney Hucksters throwing rotted corn to starved crows. Old school yellow bellied Republicans realized that the Teabaggers were new to this Political Gauntlet run, so they didn't need to present strong policies or solutions that would require critical thinking or actual math skills. And so the Republicans arrived in DC, many new to Government practices or lacking even basic negotiating skills. I call them TeaThugs as I watch them manhandle and pillage basic Laws, Rights and Protections and Social Programs.

The Wicked Twist :Women and Children ....First to be thrown from the Lifeboats...

Instead of inspecting programs and assessing which ones may be losing funds, misspending,or fraud plagued ( that would require actual math skills and a calculator). It's true that some programs are decades old and may have problems, but they also have worked for many decades providing needed services for millions. Many also are already subsidized and paid into by Citizens, yet no Media ever reminds the Republicans of this. Working taxpaying citizens basically contributing funds to help care for fellow citizens. Programs such as Headstart, School Lunches, and Road Services/Repair and Firemen and Elder Care all provide care to Americans that live and work in this Country.

And Republicans cast their false Freeloading Net wide sneering at the Poorest in Our Country and the Youngest and the most vulnerable. Making disparaging remarks about people who were suffering and languishing in this Economy, yet suddenly they twisted it into a creative narrative in which the Unemployed, the Sick, the Disabled and the Working Poor were blamed for this Economic Downturn.And their Budgetary Maneuvers and Bigoted Agenda took on a Punitive punishing quality as they targeted more and more programs and actual Targeted Populations. And it was done with loud thumpchesting falsetto rhetoric proclaiming the Poorest amongst us are costing too much ? Rich White (so called "Christian") Men blatantly lying on the Floor of the House about Planned Parenthood, even though it provides much needed Medical treatments and Health Care to 5 million Women per year.

Women watched in horror, realizing that it was not really about money , it was about so much more, it was about their bodies, their Healthcare, and men finding a new way to strip dignity from their ability to quietly take care of their bodies. Planned Parenthood has provided care to women for over 8 decades, and not in my lifetime have I ever seen it attacked for providing care. It provides cancer screenings, prenatal care, treatments for infections and STDs, HIV and AIDS, and birth control for millions of women. But it was easy for self righteous ignorant Men with Government Healthcare to paint it as an Abortion Organization.

As I watched those budget arguments escalate and programs for women and children become more shredded, I wondered, who is next ? Will it be the Disabled ? The Elderly ? Who ? Would they take destroy existing programs that work ? And on another level, I watch them and wonder is this what the 1930s in Germany was like where different People were systematically targeted ?
Because we have been watching the Repugs target Workers and Teachers and Women, attacking their Worth to this Country.

Old and In the Way.....
So this month the sharper knives did come out and Medicare has been thrown onto their hapless false Budget alter. No one has discussed that it is a existing program that has been functioning since 1965. No one has discussed that millions of people have been paying into this program for generations. I watched the Disasters unfold in Japan this spring, humbled watching the Elderly there honored and cared for with such reverence and duty. I also kept thinking back 18 months ago when Republicans held HCR Town Hall Meetings falsely proclaimed that Obama was doing to "unplug granma with Death Panels" and "ration care" , and people were horrified. And the MSM media beat it like a loud drum, reinforcing the sheer stupidity....

Yet now the other shoe has indeed fallen, and Republicans and some media are indeed gleefully embracing Paul Ryan's Plans that would literally thrown millions of elderly and disabled into freefall. ( Media calling him "brave" is like saying Dr.Mengele was a wonderful doctor). He says it is a "Voucher" program, but it is indeed Irrational Rationed Care that would leave many with existing health problems and conditions with NO Care and No Access to care. People with Health Problems would be given "vouchers" to get Insurance from WHOM ? Indeed for many it would mean that they would lose care they are already receiving. It is cruel and calculating, and discriminates against those that are ill, disabled and elderly. If millions are to be treated this way, deprived of care when they are older and ill, is this not a quiet form of genocide ? Should we not propose a bill that the Republicans buy and pay for the Cemetery Plots of Millions ? We could call it the "Old and In The Way Tax".

Required Reading :::
(1) Paul Krugman's "Let's Not be Civil" in the NYT this week is a must read. It does not say anything new, but it does say it better and louder than any talking head pundit.
(2) From Think Progress " The 46 Year-Long Republican War On Medicare "
Posted by enigma4ever at 4:08 AM

Email ThisBlogThis!Share to TwitterShare to FacebookShare to Pinterest
Labels: RepublicanGreed, Teabaggery, TeaThugs, Why We need Medicare