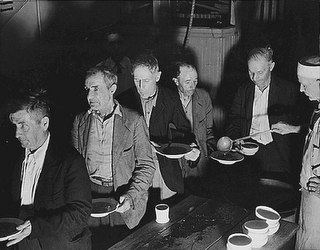 ~~~~~~~~~~~~~~~~~~~~~~~~~~~~~~~~
So today there are More Planned Layoffs announced, 10,000 for today from range of companies.... I am starting to wonder if this is going to be a daily occurrance...hearing of more and more layoffs....I worry about the morale of everyone effected....The spirits of towns, communities effected by these widespread losses....I don't know which states have not felt the pinch, most states are feeling it by now...I went to Home Depot today, there was a hushed silence...I have gone to funerals that were more boisterous...there were more employees walking the floors than customers.....it was sad....Worrisome.

Yesterday, Bloody Monday the total added up to a total of 71,400 announced job cuts......That covered a wide range of Employees from Microsoft to Caterpillar to Home Depot...We need to see Infratstructure Plans in the new Stimulus Bill and see how the JOBS part is set up, we need a Recovery Plan that addresses these losses that are rolling in...there are people needing Real Work, Real Jobs...

Here is a heartwarming story of how resturante workers try to give back and help their boss and each other......

And then there is Tracy Chapman " New Beginning"...because she tells it like it is.. 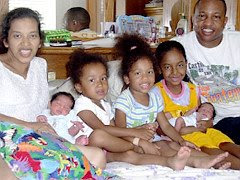 More about the Lupoe Family Murder Suicide in California, This is the FIFTH incident in 10 monthes in California alone of such financial devastation leading to death.... ( the Lupoes were both XRay Techs at Kaiser Permaente, there should be some questions asked of this Hospital WHY both were laid off).
Posted by enigma4ever at 5:12 PM

Email ThisBlogThis!Share to TwitterShare to FacebookShare to Pinterest
Labels: 210000 jobs lost for january

Yes, it is getting bad.. damn repugs just want to cry and whine. keep hollering tax cuts and good grief after the last 8 years we know they don't work.

I have read the 647 page plan the dems put out.. there is some stuff in there that is questionable but not that much.. for the huge majority it is a fairly good plan.

do you have the link Annette ? I could not find it earlier...I want to read it- I am off tonight...thanks...

( and yeah- the repugs need to grow up....and stop their whining- their own people are hurting..)

Here is a late after noon announcement...

ROCHESTER, N.Y.— Corning Inc. said today it is cutting 3,500 jobs, or 13 percent of its payroll, as demand slumps for glass used in flat-screen televisions and computers....

About Intel::
Amid speculation it may be close to reporting its first quarterly loss in 22 years, Santa Clara computer chip maker Intel today said it will lay off at least 5,000 employees worldwide and shut five of its manufacturing operations.
As part of a corporate-wide restructuring, the world biggest chip maker said it will cease plant operations in Santa Clara, Hillsboro, Oregon, Penang, Malaysia and Cavite, Philippines.
The closures "when combined with associated support functions, are expected to affect between 5,000 and 6,000 employees worldwide," the company said in a prepared statement.

Whoah! This is a really sobering trend. Some states were already buckling under the strain of trying to provide unemployment to record levels of people filing claims.

Makes me wonder if there will be a time that safety net is gone too?

Several states were already in distress a few months ago.

Here is a snippet:

Unemployment insurance trust funds are in danger of insolvency in California, Michigan, Missouri, New York, Ohio, South Carolina and Wisconsin. According to the National Employment Law Project, a policy group based in New York that advocates on behalf of the unemployed, 11 additional states are facing financial challenges paying their jobless benefits.
“I’m very concerned about the trust fund situation,” said Andrew Stettner, deputy director of the advocacy group. “This isn’t going to be a short and sweet (economic) downturn.”"

That was from an article in OCTOBER '08 and we've lost more than 200,000 additional jobs since then.

Here is the link

fran::
I will find that article...and post it...210,000 jobs this month...is alot..and there is more to come...I try to post on the following issues right now....JOB issues and Human Right issues ( Gitmo, spying etc)and yeah Health...and yeah how Obama is doing...and yeah some soulfood...I have decided those areas are all I can cover consistantly ....

The job issue is concerning also related to health- in the later part of 2008 we lost 2.6 Million jobs total...that means that those families don't have insurance...

This is the beginning of a Depression: store food, strengthen community and good family/friend relationships/ grow gardens this Spring, get a generator, buy some silver or gold coins and figure out a barter hoard when paper dollars become worthless, store up basic medications and.....yes, be merciful on Republicans who have destroyed the country. not kidding.....peace Mandt

Mandt..
there is no way that we can have a "worsening depression" with such huge job losses stacking up and not accept the reality of a true depression...

the Repukes have not represented their people well....and in the end they will get what they deserve ( voted out....and they too will be jobless...and may Kantor and Bohner and Rush be the first to be hit with reality...)

But yes, mandt what you said about community is very important....very...

( it is interesting the War Companies- Caterpillar and Boeing are indeed facing some reality also....Obama is not a War president...some existing contracts are probally facing Changes...)