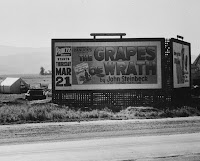 These numbers have risen drastically in the past month....higher than expected. Daily President Obama is going to recieve Financial Briefings on Jobs issue, Financial and Banking Issues, and Housing Issues. ( I watched Robert Gibbs give a press conference and did not realize that MrBush was NOT already doing this ? ). Mr.Gibbs explained that this is to monitor ALL aspects of Our Financial Emergergency. ( and today I watched him school the Press on WHY that is needed- and really odd that they had to Question WHAT is so needed ?) And amazing that Bush NEVER had briefings that examined Housing Issues related to Jobless Issues.....Click Title to read full MSNBC update...
~~~~~~~~~~~~~~~~~~~~~~~~~
Actual Numbers:::
"The Labor Department reported Thursday that initial jobless benefit claims rose to a seasonally adjusted 589,000 in the week ending Jan. 17, from an upwardly revised figure of 527,000 the previous week. The latest tally was well above Wall Street economists' expectations of 540,000 new claims.

The total matches a 26-year high reached four weeks ago. The last time claims were higher was in November 1982, when the economy was emerging from a steep recession, though the work force has grown by about half since then."
"Emergency extension::
The Labor Department report showed that the number of people continuing to seek jobless benefits rose by 97,000 to 4.6 million. That was above analysts' expectations of 4.55 million and up substantially from a year ago, when 2.7 million people were continuing to receive unemployment checks."
~~~~~~~~~~~~~~~~~~~~
Meanwhile the House voted to reject giving Obama access to the rest of the Bailout Funds, Someone needs to explain to the Repug Reps that the Homelessness and Job numbers are Dire....
Posted by enigma4ever at 11:00 AM