To Restore Justice, There Must be Trials for The War Crimes and Torture Committed in Our Names. 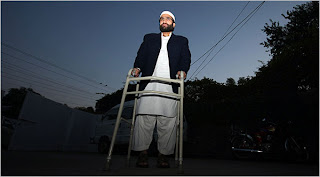 The Leadership that Gave the Orders must face Legal Justice, and that includes John Ashcroft, Alberto Gonzales,Donald Rumsfeld, and Mr.Bush and Mr.Cheney. These Crimes were ordered by them, and the laws were flagrantly violated , in Prisons, Abu Gahrib, Other Iraqi Prisons, and Gitmo, and other Foreign Prisons that have been established in clandestine Illegal Gulag System. The FBI, CIA and Military and Private Contractors were Ordered to Follow Orders from the Whitehouse that were in violation of Existing Laws and violating Providing Humane Prisoner Care as well as Basic Rights and going as far as to Torture. At Gitmo some of the these orders were even carried out on Minors. Orders were carried out even leading to Causation of Physical and Psychological damage.

Always in History when there have been War Crimes Committed, there have been Trials. In World War II, and even after Vietnam there were Trials against those that Committed Torture. In these Times there can be NO Exception, or break from Our History, even though Our Own Laws were and have been Violated. The Previous President attempted to Make Laws to Protect his Administration, not to Protect Our Safety. This would also require that the Patriot Act be Fully Dissected and Re-evaluated, as all laws that justify the Interrogation and Torture in Our Names are indeed still part of the Problem and Violation of Rights.

As a Nurse I am also concerned that Medical Personnel in the Military were used to institute or as a part of the Interrogation Techniques and as passive and active participants in a knowingly harmful process. This would also explain why Detainees were hidden from the International Red Cross as they experienced harmful care and treatment. At this point is Also Medically Necessary that ALL Remaining Prisoners and Detainees have Full Medical Exams By Civilian Medical Personnel and be finally accessible to the International Red Cross.

I also respectfully ask that if there is a War Crimes and Crimes Against Humanity Investigation that Katrina must be included in the Investigation and Prosecution, as the President Knowingly Neglected Thousands of Natural Disaster Refugees that under International Laws should have been fully protected and cared for under his Leadership. ( per Standards and Laws explained by the U.N, and they did send an Disaster Assessment Team to NOLA in September 2005). It is also revelant that Our National Guard Troops were deployed illegally to War Zone based on Lies, and that left Our Home Disaster Stricken Areas without Enough National Guard to Render Care, Aid, and Shelter perpetuating a Cycle of Criminal Negligence.

I am respectfully asking that you appoint a Special Prosecutor, as well as Form a Special Investigatory Review Panel to examine those that have been harmed and mistreated by the Previous Regime, that it be based on the Investigatory panels that were put in place to work on the Nuremberg Trials. Senator Dodd's Father worked on the Nuremberg Trials, expertise on these trials should be willingly pursued and consulted. It also must be noted that the International Community also must be allowed to see that this Process is being carried forward. It is to be noted that Other Countries also have Concerns about War Crimes and Crimes against Humanity. They should be allowed some way to see that Justice is being restored in Our Country , whether it be with Public Hearings or Written Reports. American Citizens also must be given Transparency as well, with Hearings to be seen on CSPAN or some other Public TV or Youtube. American Citizens suffered 8 years of Lies and Propaganda, and many fear that there have been even worse Crimes committed in Our Names that we must Know.

Full Truth and Justice are needed to Heal Our Nation, turning Our Backs on Crimes will lead to Continued Damage and Pain in this Country.

Thank you for reading this letter and hearing my concerns. We place our Trust and Faith in your Constitutional Law Knowledge and Skills, and that we again have a Leader with a Moral Code and Integrity.
~~~~~~~~~~~~~~~~~~~~~~~~~
( click title for BBC article about why Gitmo must be closed....and torture. )
Posted by enigma4ever at 1:29 AM

Email ThisBlogThis!Share to TwitterShare to FacebookShare to Pinterest
Labels: About Crimes against Humanity, and Torture, Truthmongering, War Crimes