Leon Panetta as CIA Director, certainly shows an END to the Torture Regime ? 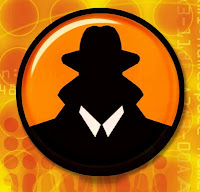 It is late Tuesday Night....and all day before I went to work, the airwaves were full of flak and flutter about Panetta being appointed to CIA Director. It seems that Jane Harmon and Diane Feinstein are having snit fits because NO ONE from the Obama Team "consulted" them on this appointment.....REALLY???? this really galled me....frankly pissed me off...these same two "Experts" sat on their hands for the past 8 years about TORTURE and ILLEGAL Interrogation Tactics and RENDITIONING and Detainment and SPYING on Citizens.....BUT NOW they want a say ????Well, First I would like them to EXPLAIN WHY they ignored the Geneva Conventions and WHY they listened to YOO and WHY they NEVER once stood up to the Bush Regime on these Issues....

Now about Panetta....I don't know alot about him, except that he was Chief of staff to Clinton, so he does Understand Security Briefings and ops...BUT I do know when I lived in California ( post Clinton) he held Public Round Tables on a variety of issues with a wide spectrum of people....and they were re-broadcast on Public TV....and I was very impressed with his dignity, quiet manners and amazing listening skills...and it seems to me...that Spook or NOT, that This is what is needed quiet organized Thoughtful man that listens....Because CIA and FBI are going to need to be swept clean...and swept well, including Some Real Fact Finding Missions and House Cleaning....( BTW wasn't Daddy Bush a Street Person before his CIA appointment ? jus sayin')

And frankly I don't want to EVER see a Military Goon ( especially one that looks like Elmer Fudd ) running CIA again....EVER.
~~~~~~~~~~~~~~~~~~~~~~~~
{{ For MORE Food for thought- Read this Article about this Man's Plight in Gitmo for 6 years explaining HOW damaged OUR Policies on Detainment and Torture left this poor man..... I am mailing it to Diane, asking her if is SHE Proud of Such Treatment and tactics that happened on her watch while she was on the Security Committee, she too just like Bush and the Repugs has Responsibility.....and should be held Accountable ? }}
~~~~~~~~~~~~~~~~~~~
This was originally posted on 1.6.09, but moved to go with the Intell Team Announcements on 1.9.09.
Posted by enigma4ever at 12:58 AM

Email ThisBlogThis!Share to TwitterShare to FacebookShare to Pinterest
Labels: Change has begun....click the title BYT article