NSA Whistleblower on Countdown, ALL Communication was Monitored by Bush Regime 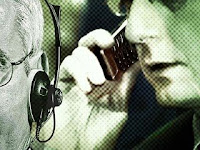 1.22.09 Update:::
TONIGHT:::: Important :::2nd Part of Countdown Russell Tice
~~~~~~~~~~~~~~~~~~~~~~~~~~~
Russell Tice came on Countdown tonight and explained that Massive quanities of data, Communication was mined, all communication was targeted and Monitored ( Especially Journalists, hmm, I can not help but wonder if that includes Bloggers ? and Internet "journalists", but I also wonder were Democrats, "liberals', and Activists targeted ?Anti War Folks ? I bet it is a lengthy list.....) On another note, let's remember that Cheney and Rummy BOTH worked for Nixon- has anyone considered that Nixon had Enemy Lists and Lists of MANY that he spied on....Gee, anyone else think that is a HUGE coincidence ?

In the end, I suspect ALL of us were being "monitored", and Bush said it was Only people with TERRA Contacts....he LIED...
I suspect that NSA needs Overhaul and also lets review the Patriot Act....and the Constitution ?

Visit msnbc.com for Breaking News, World News, and News about the Economy 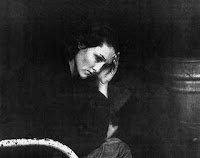 Update 1.22.09 ...
My Thoughts:
Thousands of Americans ended up on "Terror" Lists, and No Fly Lists these past 8 years, the Terror List alone is OVER One Million.NO FLY LIST is over 87,000, HOW did the Bush Regime FIND All of these "suspect" people ? Was it because they were ILLEGALLY Spying on us- ALL of us....and were People just added Indescriminantly placed on THE Lists ? OR was if because of their Alliances ? Credit Reports ? Phone Calls ? Emails ? Mail ? And so their" lives "are Monitored and they are "Tagged"....What does it matter you ask ? It Makes their lives Difficult, they can not travel, it is hard to get jobs, or even apply, or go to school or rent, or LIVE.....Is it Fair that people's Lives were Ruined because Our President was Paranoid ? WHO was kept safe and from What ?

Email ThisBlogThis!Share to TwitterShare to FacebookShare to Pinterest
Labels: NSA Monitored ALL Communications

I believe it. I was questioned once by authorities and had neglected to give them a detail from some two decades before, because I had forgotten it.

They knew everything about me, more than I knew. That is a little scary.

Ichabob::::
I too was "Questioned " by "Authorities" when I lived in the Northwest in 2001 ( I should blog that little "story") The Ass kept accusing me of Having an "Activist " past and Living in Eugene Oregon- a Place I had NEVER even been....BUT what struck me was that they had been digging into my past- and obviously got it VERY wrong....

By 2004 I was on the NO FLY LIST ( don't ask how I found out- it's an another ugly story).....I am a Nurse, a Mom, I ran a non profit that studied Community Health issues, and before that I worked as a AIDS nurse, and ER.....The "Interviewer" Claimed that the AIDS part of my past made me an "Activist"....I informed him "No- that makes me a Nurse"....

Now that the Bush Regime is Done....I am writing my Book Silent Fallout and Watery Lies....But the bottem line is ALL of us have Stories...and many of them are not pretty....and ALL of us are JUST Citizens.....

I believe it, too. In fact, I just assume it. But it is sobering to learn everyday people are being monitored. And they do get it wrong, all the time. New law enforcement tools allow them to match your name, birth date, etc, with "similar" info. Worse, once you are tagged, there is no procedure to get you off that list. That is outrageous in a supposed "free country".

Anyone who's ever checked their own credit report will see all kinds of stuff that isn't their credit history. And that's financial data, so you can imagine how much worse the accuracy is on personally sensitive info that is subject to interpretation.

As I was listening to R. Tice, I was thinking, ohhhhh, so that's why the bigwigs like Bush/Cheney don't email, don't keep notes or memos, don't talk on phones, etc. We should not have to feel like mafioso on the run, with face-to-face contact in public outdoor areas.

BTW, with all the cellphone & texting blather I see going on, I almost feel sorry for the poor agents in charge of "listening" to the inane BS that passes as conversation today. ALMOST ...

yeah...I think we will learn ALOT in the monthes to come...and yes, I think they monitored everyone...

but also in away the number of errors makes sense- too much overload- and change one name or number or spell something differently- ooooops..

BUT that ooops can ultimately really screw up people's lives...

When I got divorced- the SS Administration messed up my name and number- enough that I got tagged- but ironically it made my life hell- but the SS Organization has been a mess since Katrina- and having a hard time providing and correcting ID's issues...

And you are surprised at what exactly? SOP. Paranoid Morons with unwarranted power - from the Nixon era, no less. I'd hate to see the size of the folder they have on me - and I'm harmless, yet fit in that "category" of GOP threats.

I've already had run-ins with these types of idiots, 10 years before Bush, and they all seem to suffer from the same mental disease. Arrogance and stupidity seem to be a common thread.

When Lea was still alive, I used to answer the phone when she called with "HELLO, MR. RUMSFELD"

She would laugh so much.

I really do hope they heard it...
*snicker*

That's why I refuse to have a credit card and for a long time even refused to have a computer or go online...lol But I finally gave in to that... figured what the heck they had so much technology with the ears & eyes up in the sky they could pinpoint whatever they wanted, anytime they wanted it really didn't matter... I have been called paranoid, been called crazy...and I just laugh and say yeah...maybe I am...now maybe they won't be saying that and I am getting the last laugh...lol

OK- I had my fun with the snarky previous post-- but after giving it more thought. ... think of all the bloggers who exercised free speech & really said what they thought of the shrub... whew those wire tappers would have their hands full!
78% of the country disapproved, so much posting would have been in the negative-- if not outright loathing of the shrub.
The irony of it all is the real criminals who were doing criminal acts were all contained in the White House.
Weapons, evil plots, illegal occupations, human rights violations. torture & murder.... they did not need to look further.

The sad part, was nothing was ever done about it.

Nixon looks like a choir boy now, compared to the crimes shrub & co did. And no pity for Cheney in a wheelchair either. I suspect he was the evil mastermind behind all these high crimes.
Memo to Dick: Wheelchairs can be rolled into both court & jail.
We still don't know how many documents of his dirty dealings were never revealed or turned over. The shredder must have been smokin' in his office!

I wonder if he strained his back trying to lift boxes of incriminating evidence & a higher power intervened? ZOT!!!!!

Whatever his ills are he inflicted 1000 fold more pain & suffering on many people worldwide.

But the point is, they would have had their hands full trying to track those unhappy with the bush regime.

Greetings from Alaska-came by way of Immoral Minority. THANKS for the GREAT input on the Emmonack issue!
Enjoying your blog! Take care!

RunninL8:::
welcome....have known gryohen since 2005- he is a great AK blogger....I will post more on the Emmonack issue- I have been trying to post on it every few weeks....Glad to help our AK neighbors anytime..
;-)

Fran:::
I hear you..and yes it is ironic that Bush had so many Nixon Era folks as part of his Regime...and yet, not an accident- he hired people that knew how to break the law and recraft laws....that is why we needed a Lawyer to follow him...
and about the spying...we all knew it- and yet we kept going blogging talking on phones and emailing....funny how Speech is so much a part of fighting back....paranoid pinheads ruined our country...I hope we can fix all of this...

Annette::
I too have been called paranoid and that I was nuts- absurd...BUT I knew I was right...I knew that they were feeling so righteous - that they could DO whatever they wanted- as long as they always started the sentence with " protecting you" and through in something about "terra"....good you too kept going and did not give up...

Sew::
oh that's good...we used to occasionally bang pots and pans when I spoke to my friend in asia...and for awhile we made up PET names for Bush etc....
I wonder if this all effected the number of foreign businesses that left the states and also stopped doing business here...

DrKNOW...
well you know how Neoconal Southern Idiots are...you have dealt with them for years down there....except this is what happens when they have way too much power....

After seeing the Tice follow-up on Keith tonight and then more thoughts from Rachel Maddow about the wide net cast over our entire population, I can't get out of my mind the thought that we were all raped ... and I do not say that word lightly.

I know lawyers like Addington can always finagle words to give an odious action legal cover, but this is just plain wrong. It's a violation of what freedom means. Ben Franklin was right:
"Those who would give up Essential Liberty to purchase a little Temporary Safety, deserve neither Liberty nor Safety."

People who have been on the Lists do indeed feel very Violated....so you using the word Rape makes sense...and sadly now all of us have been monitored, anyone who think it is not a long list- they are wrong....and should any Government be allowed to spy and then lie about it over and over..

as I said before...we are in for some very sad...horrible revelations of things done in our name....

I feel like Obama got here in the nick of time..and that he needs courage...we will all need courage as we go forward...

Well, you know the Franklin bromide, "Those who would give up Essential Liberty to purchase a little Temporary Safety deserve neither Liberty nor Safety."

and yes DrKNow...
you can bet your bippy that Franklin would never have let any of this go down...he would have Spoken Out....spying on OUR Own Citizens...wow..who feels safe now ???