The Heart of the Matter :The Shock and Awe of Torture is About Who we are as a People and Our Moral Compass..... 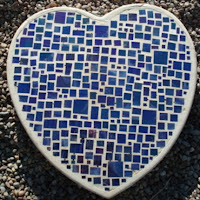 I have been encouraging people to Look at ALL the Memos, read them, and look at the data and the Photos. And I have been encouraging people to sign the Petitions, because I am trying to encourage people to express their Moral Outrage , Their Angst that ANY of this was Ordered or Covered Up For Seven Years and Done in OUR names. And the Public Out Cry must be loud to support and strengthen President Obama's Position in this situation. Many People expect President Obama to do Something to reset the Moral Compass. But over this week while rereading The "Memos", and the 232 Page Armed Services Report, and the Red Cross Report, as well as some new sites about Abu Ghahiab I had a striking epiphany. ( Do read my Earlier post this week on Torture and other Crimes it has much information did not know before, even corpses, it is linked to the title).

There is the very real possibility it can not be Investigated or Prosecuted by Any American Institution or Legal System and yes, that includes Attorney General and his team....that ALL the Data and Evidence will have to be turned over to the International Courts.....but it does not mean we should not Demand Truth and Justice.

(1) There is a problem with the Current AG and JD Investigating and Prosecuting this case. Under Bush it now appears that His Legal Officials and Team Rewrote and Manipulated Laws to Protect Their Orders. They performed semantic surgery on Our Moral and Legal Codes at the Highest Level to carry our Orders and Protect the White House. So the Justice Department and Our Laws were indeed Compromised at the Very Highest Level to Legalize War Crimes. In the History of World Events this was only prosecuted one other time when a Leader manipulated his Country's Legal System to perpetrate Crimes against Humanity.

(2) There is also the very real possibility that because it involves Crimes in Multiple Countries that many International Laws may have been broken. The Geneva Conventions were violated, but that is only a piece of this criminal puzzle. It is good that Now Our Current CIA Director is closing the Black Prisons, and they can now be viewed or treated as Crime Scenes, and evidence may indeed need to be Collected, investigated and Gathered , even by Holder and then given to the International Courts.

(3) The fact that Multiple Agencies are involved in this Situation, including Military, CIA, Intel Agencies, FBI, Justice Department,
and yes, Paid Contractors and yes, that the White House indeed Orchestrated and ORDERED these Events. It also Ordered Medical Personnel, Doctors and Nurses and Medics to participate and Facilitate the events. WHO could possibly review and investigate ALL of this Evidence. Thankfully the ALCU with FOIA Process has indeed requested thousands of pages of documents and photos and video that once release show the shame and Horror of this. And the Public should be shown The Truth. Another real concern is that a Special Prosecutor or Team would keep all of the Evidence Private, hidden, Secret, we need to see the Truth.

(4) And I can not help but worry how Bush Infested is the Current Justice Department ? Has he cleaned house ? Does he have enough of a New Team to Investigate Torture ? Is it possible that he would still have to turn the Investigation and Date to A Higher Court, an International Court ?

(5) Secretary Gates said on April 23rd Statement to the Press that he and his team do not support ANY Secrets, which means that he wants the truth Public. Hours Later the Pentagon did state they plan to release more than 2000 Photos, and the photos tell the story and show the cruel inhumane treatment, and show it was Systemic. ( ACLU had expected 40 photos via FOIA, but it will be 400 cases with over 2000 photos). These Photos will more than crumble the Bad Apple Defense, they will show Methodical Ordered Torture. 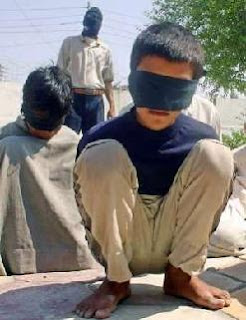 There were War Crimes and Torture Ordered by the Bush Regime....there must be Justice. Do write to your Elected Reps, Senators and Congressmen, and ALCU and the AG and ask for Justice, in whatever Form it needs to come....It is not just about Needing Obama to be strong on this, it is about us, we need to strong too...We need to have Courage and Face this Critical Moment....because What was Ordered and Done by the Bush Regime is UnAmerican.

As you listen to this Song..." This is not America" that David Bowie performed in 2000 and wrote in the 80's, before this moral downfall started....scroll down and look at the photos and posts below....there is plenty to ponder and take to heart....and do click the title, it has my most extensive post on Torture in 5 years and many links full of Evidence and photos.
~~~~~~~~~~~~
The Symphony of Lies...The Question is did the Bush Regime Order and Legalize Torture to try to Force the Connection Between Saddam and Al Queda, did they Commit War Crimes in an attempt to Justify an Illegal War....is THAT What It was All about....ask yourself.

Distributor Cap explains Nuremberg Trials in this post and brings up some History about World Justice that we must keep in mind.
and the latest Perspective by Marjorie Cohn explains even more details.
As Newsguy says:
"It is time for everyone to write to our Senators, our Congressional Representatives and the White House. Or call the White House. They keep track of those calls. (202) 456-1111."
Posted by enigma4ever at 4:42 PM

Yes, we must keep up the pressure.. but like you said, with all the countries, with all the people who are involved as to the detainees, we may have to do it in International Court. But I still think that may be the best way to handle it.

Keep records.. like we are.. that's the most important thing we can do. As long as we all keep doing this it can't all go away.

there is too much evidence...bless the ACLU for FOIA"ing all these years....

As I'm sure everyone is aware that Keith Olbermann challenged Hannity to follow up with his words that he would be waterboarded to prove it wasn't torture.

I say lets help Keith with his challenge so here goes my idea.

I say that we start a internet call for anyone who wants to see Hannity waterboarded to prove it is not torture to donate a $1 a second for every second he lasts.

Lets see if we can get a couple hundred thousand people to sign up and let Hannity know that if he is not a coward and follows through on his word that the soldiers or his favorite charity would receive several hundred thousand dollars for his proving that waterboarding is not torture.

Then we could all watch him squirm as he tries to get out of doing what he said he would do. At that point we could all start calling him a coward in public and see if he is humiliated or not.

bless the ACLUWord to that.

Agi:
word to you to friend....it's time to blog the eff out of this...the fate of the moral compass is in our hands...

Anon:
yup ..all over the internet people are trying to figure out ways to use this to raise money- I love your idea...and yeah- the money could go to the International Red Cross....or Groups working on preventing suicide with VETS ? yeah....the battle is on...the GOP is in trouble...for just being themselves...
and a part of the crimes...
namaste.....

Nurse, where did you get the pic of the blindfolded child who looks like he is squatting in a stress position? What is the back story on that? This is beyond outrageous.

This whole story is so sad. What's the point of allegedly "saving" individual American lives if we trade our basic sense as a nation of laws?

Newsguy;
child is Abu Gahrib- and I have links in the title to the story that originally ran in Salon over 3 years ago....thanks I meant to put that by the photo- I will fix that ....it has been haunting me...that is one aspect of Abu Ghariab that we need to realize there were Women, Men and Children there. Do click the title it takes you to most horrific worst post on that prison- and some horrendous photos. ( sorry but I had to do it).

Lisa::::
that is the ten dollar question isn't it ? WHY? there is NO point....also we have many fine people in the Military- not all of them are monsters- but in true Nazi fashion Bush, Rummy and Cheney figured out WHO they could get to do their sadistic horror show- and for what price....

Sadly it will take forever to fix this...but we must...

They used the children to get to the adults.. just to try to justify what they wanted to do.. to try to prove that Saddam was tied to 9-11 and to get us into war...