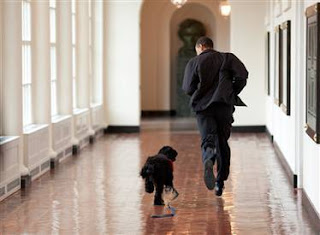 ~~~~~~~~~~~~~~~~~~~~~~~~~~~~~~~~~~
None of us want to run away from this, we want The Truth.
We Want Justice.....It is up to Each of us to Demand That....
~~~~~~~~~~~~~~~~~~~~~~~~~~~~~~~~~~
I am home today working on my book....It's cold and wet here, wintery. I have been posting alot on Torture, because I am worried that it will get swept to the back burner by next week by the cottoncandyheaded talking heads of the MSM. ( Who by the way think it is Lefties pushing President Obama to examine the issue). So if they truly think that then I guess Repugs are not required to Follow Laws or have a Moral Code ? ( please somebody ask Ed Henry and get back to me).Personally I think they are uncomfortable with having to report things that are not part of the Bush Propaganda Legacy. For 8 years the White House Press Corp carried Water for Bush, and it was a fairly pathetic little pail, but now they have to ask Questions and use Critical Thinking Skills and hell, sharpen their pencils and research issues like the Geneva Conventions.

I think President Obama is in a very sticky situation, like a Cat in a Room Full of Rockers. I know he has a Moral Compass, but I also think that this is unchartered territory for a President to have to decide whether to Criminally Investigate Another President....and not for unpaid taxes....for Torture. But we also know that he is a Lawyer, a Man of Law, not a failed Businessman with inflated ego, so he will use the Socrates part of his brain and probe this situation. For years many of us thought that the Bush Regime did things that were Illegal and Immoral, we have no trouble wrapping our brains around this situation. But remember there are 50 Million Americans that have never delved the evil of Bush, this will cause great conflict for them. And I am for one am not for making the American Public Comfortable, but this New President needs their support because we are facing too Many Broken Issues at the same time.

So I think he is weighing How to Educate The People about Much of the Mess we are in, and also how navigate this Legal Hell that Bush and Cheney Created.I don't think anyone ever expected to hear that One Person was waterboarded 183 times, or that Memos were written Orchestrating and Coordinating the Torture and Legalizing it After the Fact. In my gut I do think People Died during these Torture sessions, I keep thinking of that Abu Gahrib photo with the girl with the thumbs Up and the man on ice wrapped in a tarp....And I think that it is Worse than we know.

And sometimes I hope that he calls Mandela and asks for some advice, because we are a Country with gaping Moral wounds right now....but the idea that we can go forward without looking back....is unrealistic.

In the End I hope he appoints a Special Prosecturial Team to Proceed with the Investigation of Bush and Cheney for War Crimes. And yes I also Selfishly want Leahy's Truth Commission, because we have been lied to enough. And I think he knows that millions of us are watching him and trusting him, the Constitutional Lawyer,To to do the Right Thing. We Voted for him because he was a Man of Law,a wise man.... we did not vote for him expecting things to be easy.But we did choose him because we need Someone to walk us out of the Darkness of these past 8 years....we still have more Darkness to walk through....More than any of us knew.

It is Not Logical How We Find Our Way Home Now....and it will be a long way Home....Sign the Petitions , these atleast will let Holder and Obama know the Angst of The People....That Crimes were Committed in Our Names...we want Justice...Down Below is plenty on Torture, Abu Ghariab to Gitmo to 232 Page Report to the Memos and Exposing Videos...Evidence. ( I apologize some of it is graphic, but bloody crimes usually are).
Posted by enigma4ever at 11:58 PM

We are of the same mind on the issue. All the more reason to push for what we expect. I wrote the President again.
Peace.

I wrote him too Human...we can not give up- we are a critical juncture....

I am hoping and am trying to remember to pray for him.

I am praying for Wisdom and Courage for him and Holder....and people like Leahy ....because The Ones with a Moral Compass....they need to be strong....there is no turning back on this....

He wrote the Audacity of Hope....but this requires a whole different kind of strength...The Fortitude and Strength to confront Something Truly Evil and Ugly....for if they were Torturing People The Whole Time to Justify War and Iraq....we have indeed crossed into a Very Dark Dangerous Territory....

WE can't dance around this idea-- Obama knew what he was doing when he allowed the info to be released.
Maybe he's just hoping there is raucus demand from the people to prosecute.

He can't retain the title Civil Rights champion if this is not dealt with.

I could be wrong....but I hink he wants to see is Public Enraged ? on another level- this is beyond tricky....its a mess...a huge mess...but all the memos and documents now show it came from the top ALL of it ..