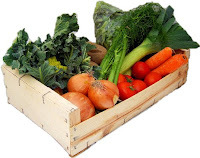 Two nights ago I dedicated to " Sailing" to a Friend , a coworker from the market who was suddenly taken away. I dedicated it because we had joked about the Damn Long Winter and The Need for Spring, and he said he wanted to get out on a boat and get some Fishing Done on Lake Erie.It was just a couple of weeks ago. We were the same age, we would run into each other in the basement humming The Oldies. And then there was the last Sunday before Easter, it was bitter cold, hell it even snowed. And people at work were grouchy. I snapped at my manager, said that the Older Workers are not appreciated, I didn't mean to, and I felt bad about it, said I was sorry later. But working without Heat has gotten to me, my patience is as chapped as my hands.I went down to the basement grinding my teeth, mumbling, and I ran into the Vegetable Man- he too was in a heavy mood. His eyes were red and he looked very tired. I asked if he was Okay, He mumbled he was fine as moved some boxes out of the way. I said " really what is wrong ?"

He shook his head and stomped away....I nodded silently. And he walked off in a quiet fury...and I went back upstairs to work.
The quiet vegetable man that was trying to tell me something...and maybe I really had not heard him...well enough.Did he even know I heard him...that I was listening.

Later, I was upstairs and I heard that he got into a continued altercation with some of the workers, and that he left work fuming.....But what happened next I did not know until this week.

He went down to the Bus Stop...and there waiting for the bus, he had a stroke...He never woke up or spoke again.
And then this week, after Easter, he died.....All of those unresolved issues still lingering in the basement. And that last Conversation hangs in my head like an unfinished painting....For him, there will be no Spring, No More Fishing Trips on the Lake.....It Is What It Is.
~~~~~~~~~~~~~~~~~~~~~~~~~~~
"Sailing"

I am so sad to hear about your friend's death. His last words to you were very profound. It sounds like he was angry and yet resigned at the same time. I hope he finally found some peace. so sad.

I'm so sorry. I can't say much except to echo DK.

It's been raining here for days, and today it snowed. Our spring has been to cold and wet to enjoy, though we need as much water as we can get, but I still need heat at night. Usually by this time of year, I never use the heater. It's gloomy.

Don't hurt yourself over this loss, you already have too much on your plate, I know you try, but you can't fix everybody, you are a bright light in ALL our firmaments, I am sorry for your troubles...

Tom:
yeah...you do know me- I worry tooooo much..always...I worry did I listen enough...that he did not feel heard...that he was so frustated...and yeah, how high was his BP...would it have helped to stay and talk .....and yeah...I do try to lighten the load...always...thanks...I just needed to write about...him...his messege...

Utah:::
thanks for letting me share that ...and I don't mean to add to anyone's gloom...really...oh there friend..Spring will come...and you are right later it will be good that the extra snow and rain came now...right ? it's cold here too- more snow due by the end of the week...and yes, at home I have the heat on for sure...hang in there lady...spring will come...really....( I need to write to you offline about book ideas...Look for an email...okay ?)

DK:::
I too hope he had some peace....found some...it really was sad...and yeah, I guess in a way he was resigned...I don't know...I have been whirling it through my brain over and over...

You were there for him.. you reached out.. sometimes that's all we can do, and if people won't reach back there isn't anything we can do about that. It sounds like he was proud and just couldn't reach back.

I am sorry you are hurting.. I am here if you need to talk.

Annette:::
oh Thanks...I was mostly just stunned...needed to talk- write about him...and what happened...thank you for understanding.....it shook a group of us at work..esp the group that worked that sunday and remembered what an awful evening it was...and yeah...I worry too much..care too much...thank you...

Hmmm in that scenario, I think it makes us step back- how could this have happened? He was just here. It happened so fast, no time to prepare. Out of the blue.

So now you have to think he is a warm place, without conflict. No more stress or strain.

Hope folks at work are being supportive of each other, he was a part of your work family.

Be good to yourself. Maybe plant some memorial flowers for him?

Enigma,
I'm sorry for your loss.

hairball::
ahhh such a cute photo...so sweet...thanks..I am still just pondering it...

Fran:::
thanks...and that is a great idea....maybe I will plant some flowers for him....and maybe plant something out by the work bench....yeah....hmm, workers- yeah- they were and are- the older ones( us) we been talking....thinking..pondering it...( esp those of us there that sunday night..)

It is never easy to understand when those we know or work with are lost suddenly. When I lost my father at 25 I was totally unprepared for him to be taken away from me. He was just 49 at the time. Too this day I find myself wanting to talk to him about life and things in general. It is just a sad thing when we loose people we know period.

Very sad. I guess you'll never know what was bothering him - but at least he knew he had a kindred spirit he could talk to.

So sorry...it's always hard to lose someone unexpectedly like that.

LIfe is very fragile...I learnt that first hand this past winter....I have made a committment to myself to never go to bed angry or with unresolved issues and not to sweat the small stuff...simple words but sometimes hard to live by....

I'm sorry for your loss. Life is a short and odd thing. I'd like to think he's somewhere sailing right now.

Enigma4ever, iam so very sorry to hear this about your friend and co-worker.

sounds like something else happened recently that may have tipped his scale past it's balance point. i know i've come close to that point myself over the last 6 months. sometimes it is very hard to articulate the despair and rage fueling it (for me and probably many other men) that when allowed to fester turns toxic and deadly.

Please let your phenomenal compassion and love surround and minister to your guilt.

tom is exactly right: you are a bright light in ALL our firmaments

Ball of light..
thanks for your thoughts....I appreciate it...do keep blogging and writing- I am so sorry this has been such a stressful hard year....