Iranian Uprising Update Day 11 : The Government Crackdown is in full force upon the People. And the People are resisting. 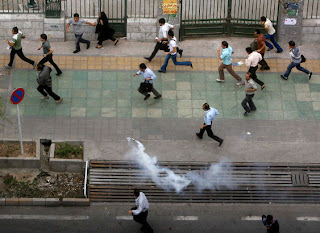 ~~~~~~~~~~~~~~~~~~~~~~~~~~~~
No One Should ever have to run for their lives from their OwnGovernment.
No One.
~~~~~~~~~~~~~~~~~~~~~~~~~~~~
( This Post will kept at the Top and updated throughout the day )
Be Sure to Scroll down and see President Obama's Press Conference where Iran was discussed and he made a strong statement.
~~~~~~~~~~~~~~~~~~~~~
First Update On Liveblogging and Daily Updates:::
The Best Source to follow this situation closely remains Huffington Post where Nico Pitney is still liveblogging. Please do see his updates yesterday about the unrest is spreading to outside of Tehran, it has now spread in spite of State Run TV propaganda.
NYT has also put together a page combined with the LEDE team that is following closely.Also Google has Citizen Tube where they are updating the Video collection Daily.And CNN has really started covering much better ( since Sunday when Don Lemon literally manned the anchor chair for many many hours and took this story to a new level.) MSNBC other than Keith remains a horrible void on this issue. The Financial Papers also are covering the situation from many angles, which if there is a National Strike is an important piece of the situation, Reuters and WSJ are covering. Youtube and Twitter continue to be the main ways for the Iranians to get their story to the World. Andrew Sullivan of the Atlantic Monthly's The Dish is also doing an amazing job reporting by using Twitter as his source. There is finally a meshing of MSM and Blogs and Citizen reporting that we have never seen before in Journalism.

( Google in a matter of days has not only set up not only Farsi translation services, but also added google earth satellite imagery, and Citizen Tube for videos, and meanwhile Google News is tracking over 20,000 blogs,articles and news resources daily on the Iran Issue ALONE.The deserve much thanks for their creative dedication to assisting this journalistic process.)

If you read yesterday's Update you saw that there is a substantial list of Arrested Reporters and Bloggers. So coverage is still a fragile process that could not happen without the courage of the Iranians who now are being arrested and beaten daily for carrying cameras, yet they are still filming with their cellphones.
~~~~~~~~~~~~~~~~~~~~~~~~~~~~~

For in Iran, now the people that are protesting and resisting this Sham of a Process, they are now being labeled as "terrorists" by their own Government Even though Millions had taken to the streets peacefully. And now yes, they arm themselves with rocks against the Basiji Thugs on their motorbikes and the Paramilitary Force. But it is the Thugs coming through neighborhoods destroying cars and bashing property. In my lifetime it is the first time I have ever seen women on the streets with their husbands and sons and brothers in such a tumultuous dangerous bloody situation. And as a young American Iranian woman said yesterday, "What Kind of Government beats grandmothers ?" Please do see her moving full 3 minute CNN interview below.
~~~~~~~~~~~~~~~~~~~~~~~~
** Many Videos of this Government Ordered Violence and Thuggery are posted below Sunday Night scroll down, those videos were snuck out at great risk via stealth of night and Twitter and cellphones. **
~~~~~~~~~~~~~~~~~~~~~~~~
Really Amazing CNN Interview from 6.22.09:

~~~~~~~~~~~~~~~~~~~~~~~~~~~~~~~~
1:35 AM Update::::
The News that broke in the Middle of the Night is that the Guardian Council will not nullify the Election even though there were and are Known Issues. The Supreme Leader was the first to Bless the Rigged Election and now the Council is continuing to enable this fraudulent process even further. ( The "recount "issue is still a process that is in turmoil, now there is an offer to Count "Some" boxes ? Even though the first examination revealed that there was over 100% turnout at 50 cities . So what does that mean now ? It means that Internally in Iran, all the processes that perhaps could have enabled a Recount, or even an Annulment with a new Election as Mousavi has requested is no longer a realistic option. But do remember that there is still much to happen and that is ongoing there is Unrest and Division in different factions of the government, and as I posted below the Clerics are not all siding with the Government....so the situation remains volatile and on many other levels unresolved.
~~~~~~~~~~~~~~~~~~~~~~~~~~ 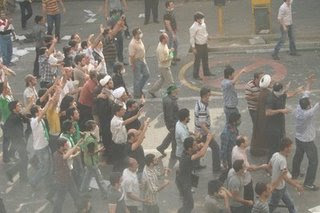 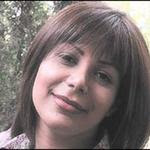 This is the the Correct photo of Neda, Both TIME and other Sources have now corrected the error and do read the LA TIMES article below to learn more about her. ( The girl in the other photo is very much alive. ) I did also post the interview with BBC with her fiance.There is a rumor on Twitter that her father has been "detained" or arrested, but I am still researching that part, for now it does look false. It is true that she was not allowed to have a traditional funeral or memorial and that there were problems finding a Cleric to bless her for burial. The other part of the story that needs correction is that the man that was with her was not her father but her music teacher, but he remains the one that tried to comfort her in her dying moments.

Neda 's story changed alot of How this Uprising was being covered , but also how the information in Iran got OUT to the rest of the World. It in a way became a pivotal moment in fighting Censorship in Iran and Anywhere now in this digital age. Read this NYT story for full look.
~~~~~~~~~~~~~~~~~~~~~~~~~~
More about Neda from a lengthy article in the LA TImes.
~~~~~~~~~~~~~~~~~~~~~~~~~~~
6 AM update::::
Revolutionary Guard Commander refusing to use Force as ordered by Supreme Leader This Article and This Story is JUST A RUMOR, if you see if on websites or on the Twitter, please set them straight. Reputable Sources have put this rumor to rest.
~~~~~~~~~~~~~~~~~~~~~~~~~
Christian Science Monitor has new study that Iran's Election was indeed stolen and explains it in greater detail. They have been working this angle for days and they have really studied it.This is their 4th article on it.
~~~~~~~~~~~~~~~~~~~~~~~~~~
On another note , my other blog, The Uprising also has all of these posts and is where I intend to archive the liveblogging so that this blog will run smoother. Many people are still using this blog as a source for daily updates and it will continue to be so. If in a hurry I also do put some updates in the Comments.

IMPORTANT PLEASE READ THIS Nico Pitney just posted this and it is worth forwarding , especially for those of us monitoring Twitter:
"10:12 AM ET -- An Iranian on Facebook says he's in danger. An Iranian who has built up a large Facebook following by posting a consistent stream of new videos and images from Iran's demonstrations left this message today: "The Iranian agents attacked Our home, attacked people there and keep looking for me across the country." It's a frightening reminder to appreciate all the citizen-produced media we are receiving from Iran. Recording the state's actions puts a target on your back.

If you see any other messages like this from Iran's web users, let me know."
~~~~~~~~~~~~~~~~~~~~~~~~~~~~~~~~
NOON UPDATES::::
Now even Director of the UN is accused of "meddling", Read more here in the BBC about Iran's latest outrageous allegations....
~~~~~~~~~~~~~~~~~~~~~~~~
In The Guardian there is this fine article explaining What Protestors and regular Citizens now face when Arrested by the Iranian Government during this Crackdown....
~~~~~~~~~~~~~~~~~~~~~~~~~~~~~
This amazing video is from today, Tehran and shows that the people there are beyond brave, They are fighting back and resisting still, using their voices, gathering in large groups and even grouping together their cars. And yes the Military is on the streets., A Bystander made this video, very brave. And the video posted below shows More Street Protests in Tehran.
~~~~~~~~~~~~~~~~~~~~~~~~~~~~~
1:30PM Update....
President's press conference was excellent- really spoke about bearing witness and spoke with force about what is going on in Iran, his statement is linked in post above. He spoke with grace, heart and wisdom.
~~~~~~~~~~~~~~~~~~~~~~~~~~~~
I stand corrected about How Many Reporters, Photographers and Journalists and yes, Bloggers have been arrested it is Now 34 according to Reporters without Borders
~~~~~~~~~~~~~~~~~~~~~~~~~~~~
7 PM update:::
It turns out above I asked about the clerics joining the Protests, It turns our that CNN did indeed do a story about it.
11PM:::
Tehran Bureau Update for tonight..people there are tense..scared...worried.....and on the twitter it has been very quiet.....too quiet. Today there were orders that came out that they are no longer to go to the roofs...well, I don 't think they can stop them ...millions of them calling to God...
Posted by enigma4ever at 7:17 PM